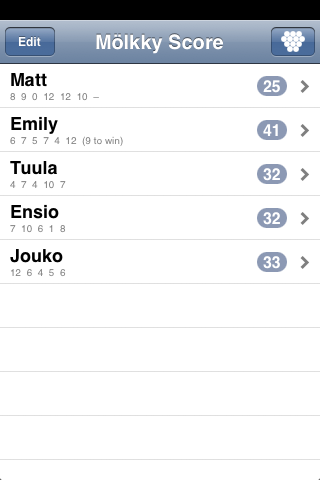 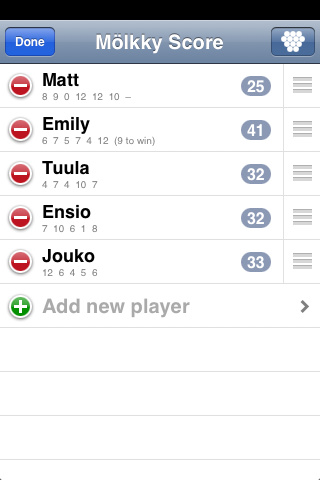 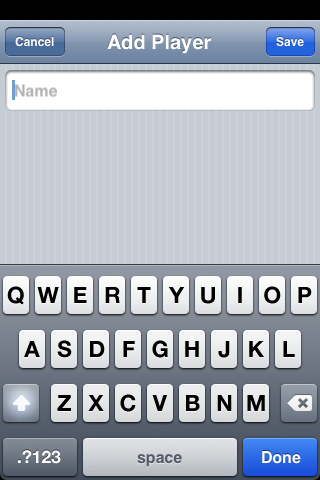 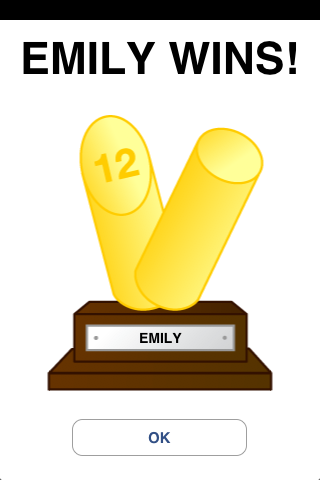 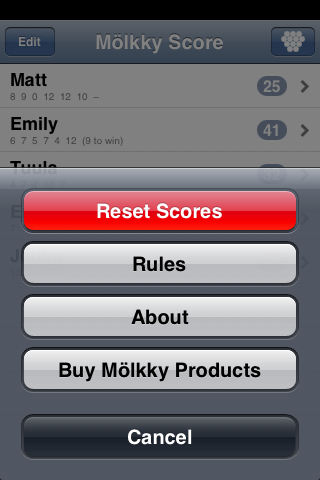 Mölkky Score is an easy to use, hassle-free and eco-friendly way of scoring a game of Mölkky. Much easier and less wasteful than pen and paper!

You simply add your player names, then tap to select and score – that's it! The application takes care of all the scoring details and complexities. Say goodbye to losing track of the score – just have fun and enjoy the game.

The application is localised in English, Finnish, French, German, Spanish and Swedish.

Mölkky is a throwing game that originated in Finland but is becoming increasingly popular all over the world. It is quite similar to bowling – success in the game relies on both chance and skill.

The Mölkky game was created in 1996 by Tuoterengas and the Mölkky name is their trademark. It is used here legally, with their permission.

26 February 2009: Fixed pin layout shown in the icon. Version 1.01
Thanks to Christophe Saiget, president of the French Mölkky Association for bringing this to my attention